On February 21, 2022, President Biden signed an Executive Order (“EO”) that imposes a territorial embargo on what Russia is now calling the Donetsk People’s Republic (“DNR”) and Luhansk People’s Republic (“LNR”) in eastern Ukraine. Likewise, Australia, Canada, the European Union, Japan, and the United Kingdom all imposed similar sanctions on Russia.

As a result of EO 14065, U.S. Persons are now prohibited from any of the following types of business transactions among others:

OFAC also sanctioned certain Belarussian parties as a result of Belarus’ support for and facilitation of Russia’s invasion of Ukraine.

What does this mean for Berkeley Lab?

The Export Compliance Office can be contacted at exportcontrol@lbl.gov.

Please note this situation is still developing and we are monitoring the situation daily. 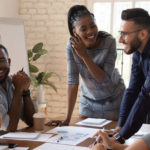 Disclaimer Statement: The Export Compliance Office resides within the Office of the Laboratory Counsel.   The information found on this website is for general informational purposes only and does not represent legal advice or legal opinion on specific facts or circumstances. Transmission and receipt of information contained on this website does not establish an attorney-client relationship. The portions of this website that are LDAP protected are for the exclusive use of Lab employees and guests.